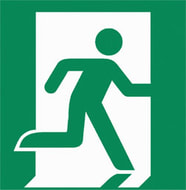 Separation/Exits
From time to time some of Ripple Group Team Members separate from the group for various reasons. The Human Resources Department will work to make the separation a smooth one. We believe once a Ripple Group member is always a part of the Ripple Family and would like to continue the association. The various aspects of separation/exits are explained below.

A Team Member or Trainee is separated from his or her services with the Ripple Group due to the following reasons: Resignation, Termination, Death, and Superannuation.

Any team member who is intends resign should submit his resignation to his Team Leader as per the time period specified in his appointment letter. The Team Leader will send his recommendation on the resignation to the Human resources team. When the resignation has been accepted by Department/ Team Lead, but requires final discussions with the Resigned Team member or Trainee, HR shall undertake the Final Talks.
Resignation Acceptance Letter shall indicate the date of relieving and advising him or her to return and handover the Company properties or document(s) if any.

Team members Salary for the days worked during the notice period will be settled along with other dues as a Full & Final Settlement. Pro-rata benefits and perquisites will also be available to all team members on separation. Full & Final settlement is subject to submission of No Dues Certificate duly signed by respective Team Leaders of various departments like HR, Finance, SCM, Marketing, Sales Etc.,

Handing Over & No Objection Certificate
Any team member who tenders his/her resignation will be on a notice period as per the agreed employment terms. During that tenure, it’s the moral responsibility of such team member to hand over his possessions and properties belonging to the company to the assigned person/manager before relieved from his/her services.

On the final day of the employment the outgoing team member shall ensure his/her NOC/ Release Clearance Form with obtained signatures of the concerned reaches the Human Resources Department in order to process his/her Settlement. On the closing hours of the last working day the employee’s service come to cessation and stand relieved from his duties.

Termination
Termination of services of regular Team Member or Trainee is made on the grounds of Discipline, Performance or any other serious violation/ Actions.

In case of Termination due to any disciplinary action, the concerned team member is relieved on the very same day. All the following processes are undertaken on the same day.

• No Dues Certification by the respective department heads.
• Full & Final Settlement cheque handed over
• All Legal dues paid and receipt obtained from the employee.
• Handing over all information and equipment

NOTE: All the Notices as per applicable Standing Orders shall be sent in the name of the concerned Employee through the HR head.

Separation due to Death
On account of Death of the Team Member, all processes are followed as per the above mentioned Subsections describing No Dues Clearance, Superannuation Fund Scheme, gratuity & Full & Final Settlement.
Cheque of dues and others is paid to the declared nominee(s) of the Team Member.

In case, a Team Member / Trainee wants to be relieved early before completion of his or her specified Notice Period, Notice Pay is recovered from his or her Settlement Amount. All legal dues as per the normal resignation are given to the team member / Trainee.
​
​Full & Final Settlements is done after 45 days from the date of acceptance of the resignation by the Human Resources Department. ​