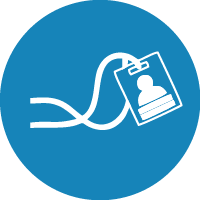 Probation Period is a typically anywhere between 3 to 6 months where the performance of a Team member is observed and assessed. In other words, probation period is essentially a safety net for the Team Member to assess suitability for the role while on the job. It acts a trial period to assess a candidate’s skills and performance.
Probation periods are also applicable to Team members taking up a new role or Team members who have recently been promoted.
The Probation Periods usually end with Review of the Team Member by the Team Lead. A form assessing & measuring the key areas of Performance and Behaviour is filled by both the Team Member and the Team Lead. Later Performance and areas of improvement are discussed and highlighted. Developmental /training goals for Team Member are also set. Failure to meet performance standards at the end of this period can lead to a dismissal or an extension of the probation period. The probation period can be extended by a maximum period of two months.
Successful Completion of the Probationary Period leads to confirmation of a Team Member as a permanent Team Member. Confirmation as Permanent Team Member evaluates the Team Member to access more level of benefits from Ripple Group.
Salary revision for a Team Member, who has received confirmation, will be considered only if there is a gap of six months between his or her confirmation and the annual appraisal cycle.